Ally-based team-building MMO - Select your character, make allies and put them into formations to tackle your enemies and fight your way to the top.

One of the latest team-building MMO games, Dragonbone Dynasty, has come in with a lot of hype.
Class selection has taken an extra step allowing users to choose the gender as well as the non-playable allies.
Serious thought has been given by the developers into battle tactics allowing you to place your allies in a good position to be of best use.

One of the core elements of Dragonbone Dynasty is combat, and that doesn't disappoint either.
The action is semi-automated with you having the option of removing a move from your character's skill-set altogether to present a more precise, yet lethal combination.
The map size, graphics and character movement and physics are particularly impressive and make playing this game worthwhile.

Dragonbone Dynasty has come in as one of the anxiously anticipated role-playing games of 2016 and is brought forward by R2 Games.
In the game, you play with a set of allies while powering their skills up to inflict massive damage to your enemies.
As you progress, you hire new characters as team-mates and use their skills to fight against your enemies.
Battle management and tactics are an integral part of the fights, with the player having the task of deciding the best formations to take advantage of the characters's unique abilities and attributes.

The storyline is very well-defined, with emphasis laid on evil armies preparing to attack the human civilization who in turn ask the supernatural for help. 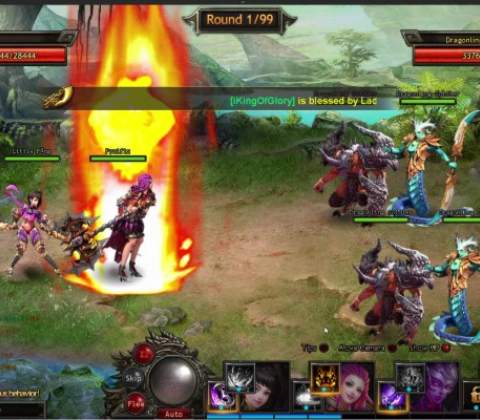 The 'core' of Dragonbone Dynasty is combat, and it doesn't disappoint.
It is turn based, with you having a good deal of control over your characters’ actions.

The combat in Dragonbone Dynasty is turn based with you having a good deal of control over your characters’ actions.

There is a fixed amount of time in which you can attack an enemy, however, if you fail to do so, the AI makes the choice automatically and engages your character into battle. The moves made by AI during combat are set by default but you can always go to the menus and select the combinations you want the AI to use.

The game's map is pretty big, with different locations featuring unique details and each diverse enough from the others.
In many games, the geographical features are overly reused, which results in a repetitive look&feel, but the locations in the Dragonbone Dynasty map are very well done.
The characters have also been developed in a way that they don’t look corny and their movement and appearances are well above average.

Amongst the numerous positives of Dragonbone Dynasty is the character selection screen which allows you to select an option from a total of three available classes.
You also have the option to choose the gender of your character which is another plus over the games which offer gender locked character class selection.
However, there is not much new about the classes and you can pretty much predict their abilities by looking at their names. However, one can easily comprehend that you cannot add much innovation to the classes and their lack of unique attributes is more than understandable.
In addition to your playable character, you come across several non-playable ones as well during the course of the campaign and bring them onboard to accompany you in your quest.

In addition to your playable character, you come across several non-playable ones as well during the course of the campaign and bring them onboard to accompany you in your quest.

Your allies help you in different ways and you have a good deal of control in how they are positioned and their involvement in battles. The allies, just like your own character, fall into one of the three classes and with tens of allies up for grabs during the game, it gives you a lot of options for your character lineup prior to each mission. 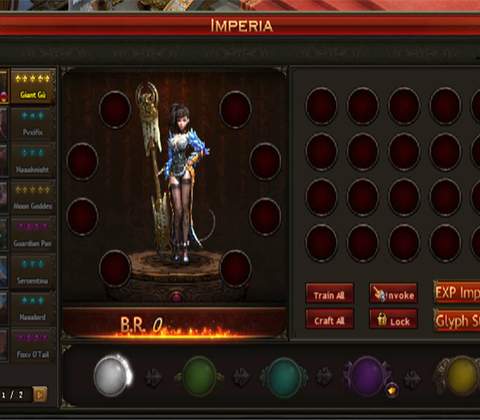 The ally positioning in Dragonbone Dynasty is very crucial to how the battle goes and there is a 3x3 grid on which you can place your co-fighters. Putting a relatively weak ally in front may expose it to too much damage which may tilt the battle against you.
On the other hand, an ally that is strong against a group of closely placed enemies can do wonders for your team.
What’s more is that you can strengthen each position on the array with an item to give it extra hit points or a boost.

Dragonbone Dynasty is undoubtedly one of the best action RPGs of recent years and some features of the game like the graphics, character movement, storyline and the map really stand out; however, one thing that could have been better is the dialogue between the characters.

Often enough, the dialogue is supported by cheesy emoticons which put a funny touch to the setting.

Moreover, the dialogue text skips too quickly on several occasions making it unbelievably difficult to understand what’s happening in the story.

Despite the game’s shortcomings regarding the dialogue, the translations are truly impressive and go a long way in making you understand the storyline a little bit better.

Dragonbone Dynasty has certainly ticked a lot of positives with its class selection, ally structure and formation on the grid. The graphics and visual aspects in the game definitely stand out with the character movement looking very believable. The map is another one of the positives with its large area catching the eye and the details really well done.

One thing the game lacks is a convincing enough character dialogue with frankly funny emoticons ruining it a little bit but that’s just about it as far as the shortcomings are concerned and all in all, Dragonbone Dynasty is a really likeable game.

Ready to enter the world of Dragonbone Dynasty? Click here to play now! 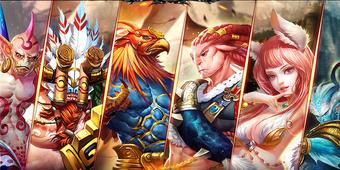