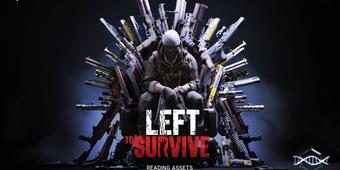 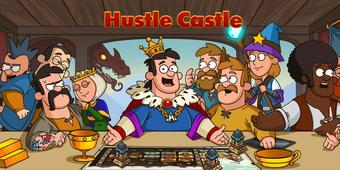 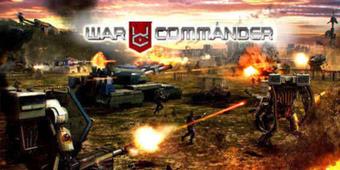 Fun and easy to jump into play immediately

Unable to auto select all units on combat field

War Commander charges you with the role of Commander over a growing platoon of vehicles and military personnel. The game runs in a browser based platform so almost no download is needed and you can play right away. Chrome or Firefox is recommended. War Commander will be instantly likeable for anyone who enjoyed Starcraft. This is a budget version of the similar mechanics and gameplay found in Starcraft, build a base, hire troops and defend it. There is a pleasing aspect of finding resources, gathering them and securing access to defend your supply base. The game delivers well enough to enjoy PvP action in a simple environment with a lot of playability for a long time to come. There's always something to do, units to upgrade, weapons to research and players to attack. If you're looking for a game that offers action, this is one that doesn't need huge memory or graphic intensive computers, which makes it fun and appealing to a lot of people. 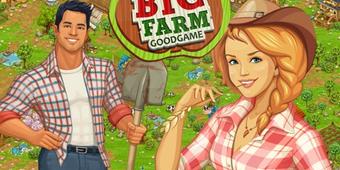 A fun to play game with lively graphics, Big Farm comes in as a good competitor to the run of the mill farming games. Based on the concept of balancing your resources and making your farm blossom, the game offers a number of avenues which you can take up to maximize your profits. Crops can be grown and harvested and animals can be raised while using fertilizers and other boosters.

Big Farm also offers the players to enjoy a few multiplayer game modes in which they can apply their expertise and achieve the objectives before their rivals to win. They can also play together as a team and expand their farms the best they can. Big Farm is very simple to play on one hand, and offers unique building upgrades on the other, making it a really fun game to play. 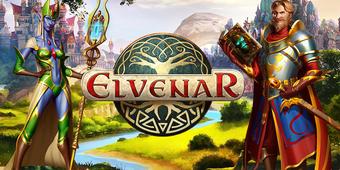 Turn based strategy adds an extra dimension to the game

Players may not be familiar with tile-based combat

This free to play browser-based game allows you to create your very own empire, starting in the early Bronze Age and advancing towards the Industrial Age and beyond (if you can).

Forge of empires is not just a city building simulation; as your city expands you must fend off other players who attack mercilessly in an attempt to plunder your resources. Cunning, strategy and economic balance all come into play to make Forge of Empires a challenging and enjoyable game.

The free to play model works well here and it is completely possible to experience all features of the game without having to purchase "extras" in order to succeed. A real benefit with Forge of Empires is that game play is really easy-going and there are no lengthy downloads required to play, which is even more reason to give it a try! 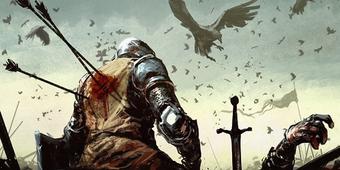 Detailed tutorial eases the player into the game

PvP: guild or factions PvE PvP all vs all

Imperia Online is a free browser-based MMO belonging to the evergreen genre of city-building strategy games.
It will require you to establish a financially strong state with a good army.
Manpower can be deployed to fasten the collection of resources, and consequently improve the rate of your kingdom's progress.

The menus in the game become quite congested with the passage of time so a detailed tutorial is given right at the start to ease you into the game and give a better understanding of the in-game options.

The graphics of Imperia Online are well done despite its age (the game was first released in 2005), which is a sign of the good support given from the developers during all these years in terms of upgrades and improvements.

Easy to pick up

Paying players have a huge advantage

League of Angels is an acceptable turn-based MMORPG on rails for the casual player. Everything is clearly explained and marked and there is virtually no learning curve. There are plenty of things to do, including the usual daily events, dungeons to explore, world bosses, various PvP modes and mini-games along the lines of Bejeweled and Farmville – but not much original thought has gone on here.

The graphics and music are of reasonable quality, but while the game runs well the gameplay itself leaves much to be desired. The automated play style means that the main game pretty much plays itself, and the combat mechanics determine battle outcomes from gear and character skill sets rather than any strategy on your part.

Furthermore, the game places paying players at a distinct advantage over the free to play crowd, who will soon hit daily limits and won’t get access to the best weapons, armor and mounts. Serious gamers up for a challenge may want to look elsewhere. 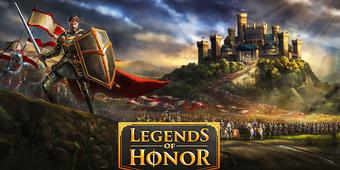 A Time Sink in Early Stages

Legends of Honor is a free to play browser MMO developed by Goodgame Studios. Players will build and maintain a castle, with all the armies and fun that accompany the prestigious position.

Gameplay is similar to any browser castle RTS, especially those developed by Goodgame. I’m looking at you Shadow Kings. What differentiates Legends of Honor from its peers is its setting and tone. The game is dark and brooding with a realistic art style and more than a few Game of Thrones parallels.

A very interesting aspect of the game is its hero feature. While not unique it is well executed and gives the game a bit of variety. It also provides that leveling feel, for those fans of more traditional MMO experiences.

Legends of Honor is a solid entry into a well-established genre. It doesn’t do very much new, but what it does do, it does well.