DC Universe Online is a great superhero MMORPG that's free to play and features many solid systems such as a fluid combat mechanic and deep character customization system to create the perfect superhero.

The world of DC Universe Online is also rich and authentic, which players who've read all the comics and watched the movie adaptations can certainly appreciate. Almost all iconic characters such as Batman, Superman and The Joker make appearances, and in fan-favorite locations such as Gotham City and Metropolis.

Overall, DC Universe Online is a solid MMORPG for a five year old game, and offers hours of fun on the PC or consoles

Superhero games have been a mixed bag in the gaming world over the last decade, and there have been plenty of good ones amid some terrible spin offs. Amidst the clutter, City of Heroes was undoubtedly one of the best, taking the MMORPG formula and creating an online superhero universe that players could shape their own legends in.

When City of Heroes shut down in 2012, there was only one definite answer as to where MMORPG players could get their superhero fix, and that is DC Universe Online. Just like its late brethren, DC Universe begins by allowing players to get immersed in an in-depth character creation system. Players could pick from a wide range of customization options on top of selecting various powers and a mentor that makes up the character's class. Essentially, players could create a wizard looking character dressed in hot pants that wields two pistols to fight. On top of that, there's even options to select a mentor, such as Batman or Superman, who's innate superhero powers will influence how your characters grow and gear. That's just a small taste of the creative freedom that DC Universe Online allows. 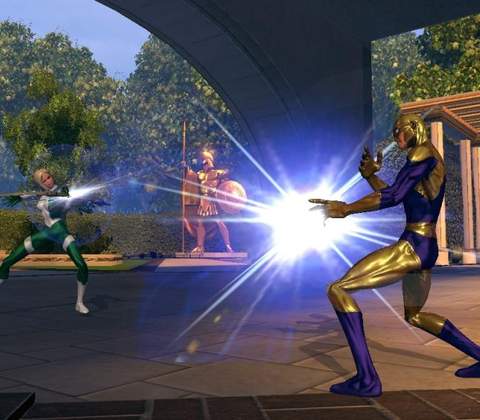 The combat system is fluid, action based and definitely a lot of fun

Perhaps one of the best features of DC Universe Online is the game's combat system. Once players complete the introduction tutorial and the first few story quests, they are then sent out to take out some villains. The first thing you'll notice is how smooth the combat works.

While it maintains the MMO combat formula of having a skill bar that requires numbered buttons to execute, they can be customized if you want or are using a controller, and the fluidity is truly impressive for a five year old game. The combat animations come off very well, especially considering there's multiple fighting styles in the game, from a melee brawler to a gun-wielding outlaw.

DC Universe Online also uses a Tab targeting system which is standard, but there's not much in the combat department that actually needs improving. In groups when taking on dungeons and raid bosses, the combat makes it a joy to play as fighting becomes a seamless experience regardless of class mechanics.

Another reason for the impressive combat system is the amount of skills that one player character can obtain. While leveling, players will accrue skill points which can be spent in skill trees to unlock a variety of new skills to suit your play styles. Needless to say, DC Universe definitely put a lot focus on making its combat the best it can be for a free to play MMORPG, and it shows. 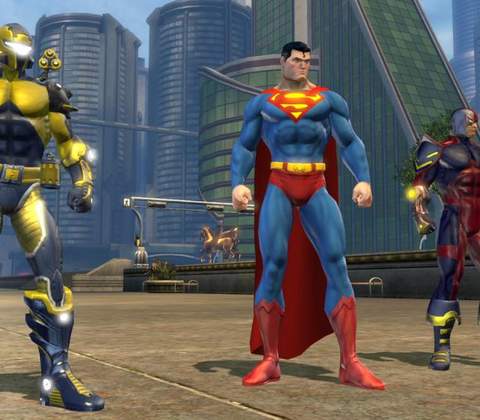 Iconic characters from the DC Universe such as Superman will appear often, which will no doubt make fans happy

As with all spin-off games that belongs to an established intellectual property, there are concerns on how "original" or loyal the game is to the source material. Players will not have to be worried about DC Universe Online however, as it's true to the DC Universe comics in every sense. Iconic locations in the world such as the streets of Gotham City or Metropolis comes to life in a virtual way that players will enjoy. And depending on who players picked as their superhero mentors, characters such as Batman and Superman will appear regularly in-game as NPCs that hands you quests.

Depending on your allegiance of hero or villain, a lot more characters will become available, such as The Joker or Wonder Woman. Almost all of the iconic characters are authentic to the comic books, which loyalists will definitely appreciate. That authenticity definitely reverberates throughout the game when playing DC Universe Online. No matter which side players are on or which part of the map they're questing in, they will no doubt feel that they are a part of this superhero world.

For non PC players, DC Universe Online is also available to play for free on the Playstation 3 and Playstation 4. To-date, there are only a handful of MMORPGs that offers multi-platfom play, and to their credit, DC Universe Online offers a solid alternative to experience the game on consoles. The Playstation 3 version is unfortunately clunky and graphically dated, but the Playstation 4 version is much improved, with crisp graphics and an all round smooth experience that rivals the PC version. While many will applaud the vision to spread the game's reach on to consoles, the move is somewhat hurting the PC population, as more and more players move to the console version.

Overall, DC Universe Online is a great free to play superhero MMORPG, and it's definitely the last of its kind until a new superhero MMO comes out. The game has many positives, and offers a solid combat system, large amount of free content as well as a rich superhero creation system that gives players the ultimate freedom to be whoever they want to be in this universe. The world of DC Universe Online is also rich in content that players can quest through all the way to the level cap of 30, with limited pay walls and restrictions.

When it comes to authenticity, the game takes its inspiration from the comics seriously, and it shows in how accurate the portrayal of the characters are. While there are positives in the game's multi-platform support, the PC playerbase seems to be dwindling as a result, with the Playstation 4 version proving to be the most popular. DC Universe is definitely a solid free to play MMORPG that all superhero fans or fans of the DC comics should check out. 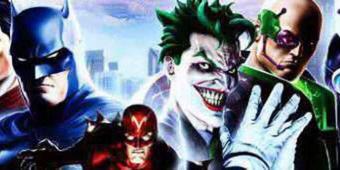 Originality
A refreshing character creation system that doesn't restrict your creativity, and the authenticity to the world of the DC Universe comics.

Player population is moving towards consoles