Sci-fi \ fantasy MMORPG - Skyforge is a 2015 sci-fi MMORPG with fantasy elements. The original setting, together with the outstanding graphics and action-based combat system, make it one of the most appreciated and innovative MMORPGs of 2015... oh, and you could even become a God!

When playing Skyforge, you can’t help but feel appreciative of what the creators were doing: the foundation for Skyforge itself is based around really unique concepts.

The multi-class system, the interesting storyline, the beautifully animated environment and vast character customization skills come together for quite the impact.

The flaws in this game (mostly regarding PvP balancing) are not big enough to overwhelm all the great aspects of this new MMORPG, which has a lot to offer both to players looking for something new and for those who are looking for a traditional RPG experience.

Skyforge trapped me in this elaborate world that continues to prove itself worth it. 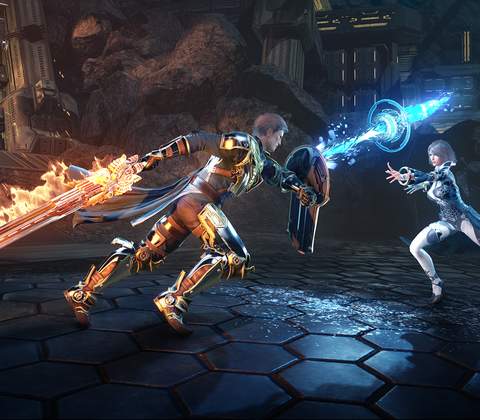 Arguments between paladins and cryomancers might rapidly escalate in Skyforge...

Skyforge starts off instantly. There is no building your character, picking a class or creating an inappropriate username. These features will be available to you later on.

Instead the game opens up in the capital of Aelion, where you play as an immortal soldier. After speaking to Herida, goddess of the immortals you find out that you were recently killed in battle and then resurrected.

Aelion was once a free world protected by a god known as Aeli. Aeli vanished and has left Aelion completely vulnerable to hostile gods.

This is where you come in. As an immortal soldier, you join up with other immortals (and some lesser gods) to protect Aelion and eventually become a god yourself.

Skyforge’s main selling point revolves around the idea of a multi-class system.

This was what initially excited me about this game and I found this to be an interesting embellishment on the MMORPG format. This aspect particularly shines in group combat. Imagine being able to switch your class based on what your group needed at the time.

Even better, all stats gained as your base class automatically go to all your other classes as well. This eliminates the need for “alts”, giving the game a sense of completion. 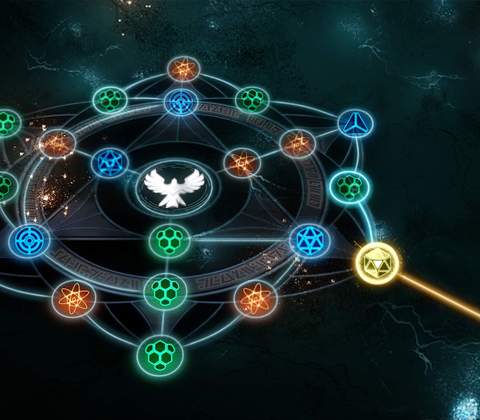 Unfortunately there is no going back on character stats, if you don’t like how you manipulated your character there is no deleting it.

Even better, all stats gained as your base class automatically go to all your other classes as well.

All 13 classes are not available to you right away either. In the beginning you are only offered three classes that you can switch from freely. As the game unravels more classes become available. This keeps the game refreshing and engaging when dealing with the same enemies.

You also follow what is called an “Ascension Atlas” that consists of two tiers- the class specific lower levels and the much larger main level classes. Progressing through the game lets you unlock higher level classes.

But you do not have to move in a linear path, you can unlock any class with another class

It’s hard to understand at first but gets rather easy once you are more familiar with the game. However, if you start to feel pretty comfortable with the Ascension Atlas, you can move onto the Order System.

This is the part of the game that pretty much proves you are a god! 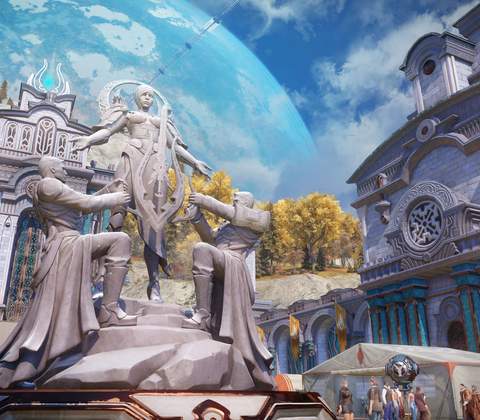 You start your own clan, gain followers and have them set up sanctuaries around Aelion. The different paths built into this game really provide a feeling of endless gameplay and progression.

You start your own clan, gain followers and have them set up sanctuaries around Aelion. The different paths built into this game really provide a feeling of endless gameplay and progression.

This all comes to a hault when you realize that your progression is capped weekly, a notable con players have consistently complained about on forums. I don’t fully understand the need for this but as a casual player, I didn’t find it too annoying.

The actual in-game combat is slightly flawed. The lineup in enemies change up frequently but the characters themselves aren’t diverse. The PvP mode is imbalanced with dodging becoming ineffective due to unavoidable tab-targeting abilities. Basic attack moves can be repetitive but fortunately new moves are learned quickly.

The graphics are a true testament to the developers of Skyforge. For the most part, the atmospheric, sci-fi fantasy feel was done rather tastefully. I’ve logged way too many hours playing sci-fi games that cherish gaudy or overworked environments. But when venturing around Aelion you will notice crisp, deep backgrounds that create a pretty realistic illusion. The rich colors and lighting only add to this. 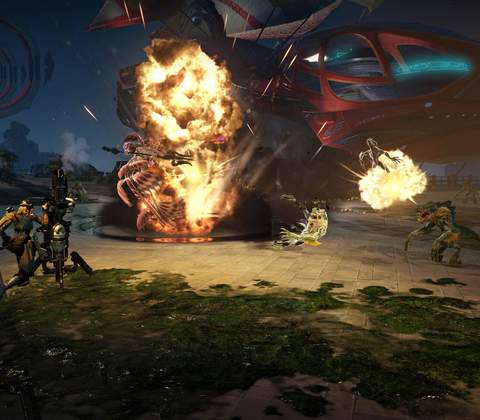 The mix between futuristic sci-fi elements and classical fantasy mythology will lead to some pretty... unusual situations

Even in lower quality settings the graphics are not noticeably compromised which only shows how much time and money the creators had spent on this project.

When venturing around Aelion you will notice crisp, deep backgrounds that create a pretty realistic illusion. The rich colors and lighting only add to this.

As you play the game more of the story starts to unravel and a decent amount is told through the cut scenes. These are not disappointing. The only flaw, and it’s a noticeable one is the rapid movement of the character’s mouth. Honestly, watch the lips move as the dialogue progresses and you will start to feel uncomfortable pretty quickly.The overly animated movements can really ruin the illusion for a player.

Another aspect that broke my immersion was the soundtrack.

The orchestral strings and vocal melodies get the point across that the player is in a “mystical realm” but they don’t evolve much with the landscapes or plot.

Regardless of the inconsistencies, this game is beautifully done with distinguishable character designs, atmospheric backgrounds and eye-catching cut scenes.

There was a tremendous amount of content to digest when I first logged on to Skyforge. It was overwhelming at points, too monotonous at others, and sometimes just downright confusing. 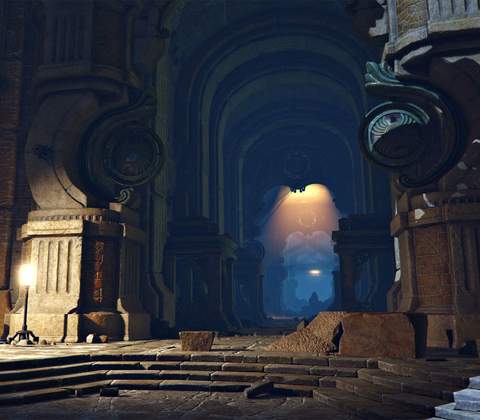 The charm of Skyforge's landscapes and scenarios is undeniable.

But there is a lot to be cherished within this game.
This mission to become a god transcends the game itself and can be felt by the one playing it.

Offering a multi-class system relieves that initial tension of creating a character by not making you commit to a specific class. You can control every aspect of your character physically and strategically. These diverse customization options are a lot of fun to play around with, making the player feel like they can truly be whatever they want, whenever they want.

It has been awhile since I've sat down and played a game that had an intense learning curve like Skyforge. For the most part I know what I am getting into when I settle down to play an MMORPG.

But Skyforge took me by surprise.

I logged on to a beautiful realm with eye-catching graphics and stayed a little longer because of the story-line. Although the weekly progression caps make it harder for me to consistently be learning about Skyforge, I am interested to find out more.

The freedom that Skyforge gives to a player is hard to deny. The path to becoming a god may be tricky but definitely engaging: you will not want to log off.

With some minor flaws being overlooked, Skyforge is by far one of the most original and well-crafted MMORPGs of 2016, and is undoubtedly worth the download.

Ready to enter the world of Skyforge? Click here to play now! 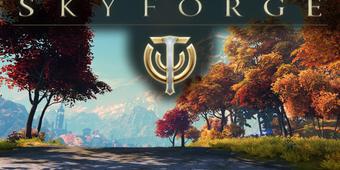 Originality
Skyforge gives its players a lot of freedom with its unique structure of progression and character customization options.