Atlas Reactor by Trion Worlds is a refreshing turn-based tactical team PVP game that pits two teams of four players against each other. The game's unique gameplay is its selling point, proving that MOBA isn't the only option when it comes to competitive group play.

The game boasts well designed and balanced heroes called Freelancers, and their ability to influence games is largely down to the skill of the player, the strategy of the team and how well they communicate as a group, rather than the strength of the Freelancer.

Overall, Atlas Reactor is a very fun game to play and offers hours of strategic fun for both hardcore and casuals. The game is easy to learn but hard to master, and considering that it's free to play, it will keep gamers coming back for a long time to come. 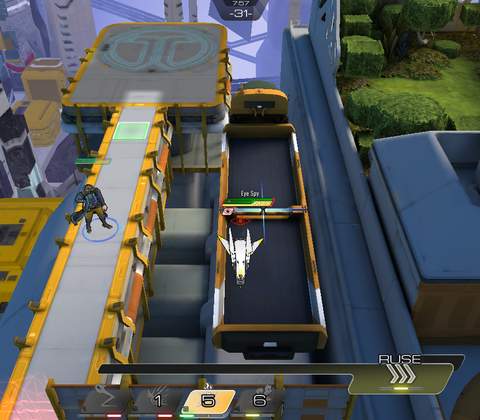 Matches take place on grid maps, and players must decide which actions to take during their turn

In a gaming market that's saturated with team-based MOBAs that has been the industry's main genre for PVP games, it's truly refreshing to see a game like Atlas Reactor challenge the status quo.

Released in October by Trion Worlds, Atlas Reactor is very different from the MOBA style of games we've come to know. The game blends tactical turn-based combat with team play that makes competitive matches fast-paced and offers tons of fun, especially if you love strategy.

In a match, two teams of up to four players fight in an arena that's full of objects that offers cover, and the objective is to knockout each other's Freelancers - which are the hero characters you control - and the team with the most knockouts after twenty rounds wins the game.

What makes the gameplay unique is that each round consists of four phases, and players must decide which actions to take within a time limit, from combat abilities or setting traps, before the end of your turn. When the turn ends, the actions of all players are played out in turn, and the next round begins. It's this aspect of decision making during matches that makes the game truly fun to play with friends competitively. The game requires more thinking rather than reacting, which makes it challenging but rewarding compared to a game of DOTA 2.

Once players are out of the well designed tutorial that introduces the turn-based movement and combat, they will have the freedom to explore what else Atlas Reactor offers in terms of progressive gameplay. For starters, there is a leveling system, and players can gain levels for their profiles by competing in matches. Winning matches grants a major experience boost compared to losing. The benefits of leveling up your profile is numerous, such as being able to unlock the various different game modes available.

Speaking of game modes, Atlas Reactor has five dinstinctive game modes that offers something for all types of players. There's a Practice Mode to hone your skills, Versus Bot mode to sharpen your competitive play, PvP Mode which unlocks at level three, Ranked Mode that unlocks at level five and finally there's Custom Mode that allows you to set up the perfect game solo or with friends.

Queuing for matches is easy and fast, but that's largely down to the game being new as it was only released a couple of months ago. However, the playerbase is large and active, so players will have no problems finding a match regardless of time of day. Finally, there's also a reward system available for leveling up, completing matches or gaining reputation from meeting objectives with a selected faction. Opening these reward packs usually grant cosmetic gifts such as outfits for Freelancers or boosts, which is great. 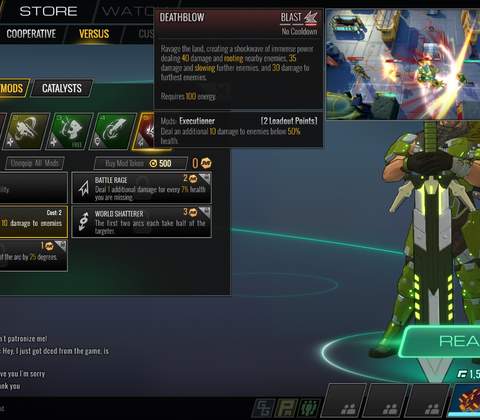 The hero characters that players control in Atlas Reactor are called Freelancers, and at release there is a total of sixteen Freelancers that players can pick from. Each Freelancer is fully voiced and uniquely designed, with memorable outfits, weapon sets and combat strengths to cater for a player's strategic needs. There are DPS specialists, Tank-type characters as well as Support and Healers. Because of how the gameplay works, there are no "carry" or "feed" characters that MOBA games utilize. This means that all Freelancers have multiple uses and their ability to influence a game is largely down to the skill of the player, and not the individual strength of the Freelancer.

"...Freelancers have multiple uses and their ability to influence a game is largely down to the skill of the player, and not the individual strength of the Freelancer."

Unfortunately, permanent access to all sixteen Freelancers will require paying money, or can be bought if you have accrued enough points. For free players however, they can play all sixteen Freelancers as they go on a weekly rotation, just like the rotation system for heroes that we see in other MOBA games. Ultimately, the Freelancers seem to be well balanced, and every team can have good balance by including any combination of Freelancers. The effectiveness of the team will mostly depend on how well the team strategize and communicate their moves during a turn. 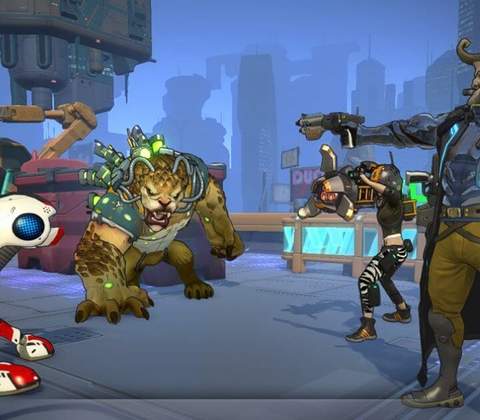 Atlas Reactor as a game definitely has an attitude and style that will attract a lof of MOBA players. The game's light-hearted approach with its cartoon design and witty dialogue fits very well, and players will definitely enjoy being surrounded by the characters in this world. From a graphical standpoint, the game looks great on high graphics, but doesn't require expensive hardware to play. Players on low-end machines can easily play the game smoothly on the lowest graphics without any lag issues. It must also be said that the soundtrack is pretty good, giving the game a competitive atmosphere which sets the mood for a good gameplay session. On a final note, the game's small download size is also highly commendable, coming in at an impressive four gigs of download size. That's a huge plus when compared to DOTA 2's file size which could go up to 15 gigs for some players.

Ultimately, Atlas Reactor is a refreshing game that may just redefine the genre for team-based PVP games, thanks to it's intuitive turn-based tactical gameplay that requires quick team strategy and communication over individual flashy performances. The game definitely has potential to break into the e-Sports market as well, considering how polished the final product is. Freelancers are very well balanced and offers players with plenty of strategic options to approach each game, either solo or in a group.

While a full purchase of the game is required to access all the Freelancers immediately, it isn't required to enjoy the game as a free player which is fantastic. Atlas Reactor is a very fun tactical game that can offer hours of strategic fun which will appeal to both hardcore and casual fans. It's easy to learn, but hard to master, which is why players will keep playing it for a long time to come.

Ready to enter the world of Atlas Reactor? Click here to play now! 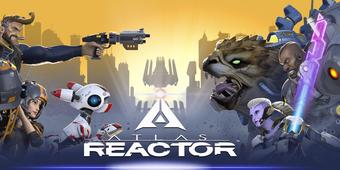 Originality
Atlas Reactor brings a fresh perspective to team-based PVP games with its tactical turn-based gameplay that could be more fun than traditional MOBAs.

Must pay to unlock all freelancers