Eternal Fury is a free to play browser-based strategy game with a twist. While raising your kingdoms, armies and alliances are all key gameplay features, you'll also need to upgrade your singular hero ruler, with RPG-like gameplay system in place that offers a good time.
Battles are fought on both maps - the kingdom world view and in arena-style battles that shakes up the usual boring and monotonous gameplay. While free to play, Eternal Fury's cash shop is a mixed bag and borderline hovers over what's fair.

What is Eternal Fury? 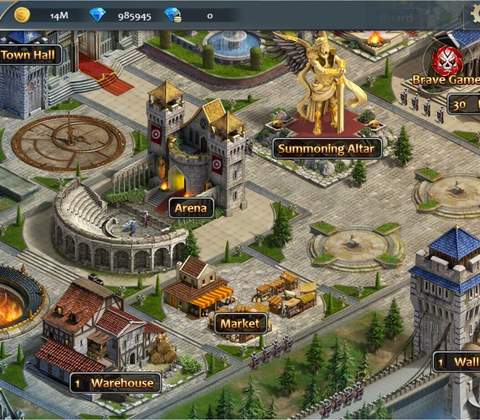 Eternal Fury is a free to play browser-based strategy game set in a fantasy universe, with hybrid ARPG gameplay systems infused to offer a unique gameplay experience. First launched in late 2019 by R2Games, Eternal Fury is now available everywhere with its 3.0 version, adding more gameplay systems. The game on the surface level has two key modes: the kingdom view and the ARPG view. The former is all about strategic management and building up a players' resources, armies and technology, while the latter offers more proactive gameplay, allowing players to take control of their chosen rulers and fight battles in arenas and more, using one of the three fantasy class archetypes available, like the Soldier, Archer.

Its this unique blend of strategy and ARPG that makes Eternal Fury fun to play. New players are given a kingdom on the server grid to rule, in addition to a customizable hero. Gameplay here involves progression of your Kingdom by training armies for battle, building resource nodes and making alliances with your neighbors, all counting toward the basic objective of raising your kingdom's score on the server. Most of these requires real-time to pass before progression completes, so in the meantime, how do you spend time? The answer is with your hero or ruler. They can be upgraded with weapons and gear from excursions on the kingdom map, but beware of taking on challenges and PvP missions too early.

While the strategy layer is very common in this genre, its the hero ARPG portion that offers the most fun. PvP battle arenas are a key game mode that unlocks early on, and players can challenge each other for good rewards without the risk of throwing their Kingdom into an all-out warfare. There's plenty of other customization progression that can be earned in the ARPG section which makes it more interesting to dabble with. 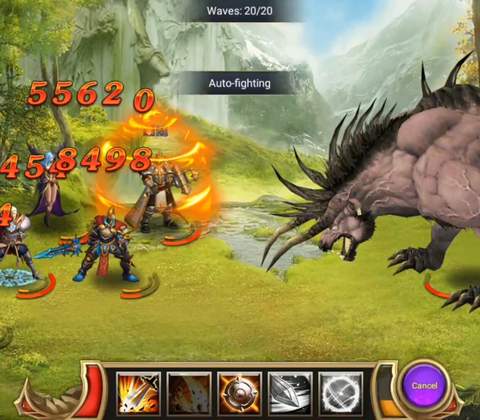 Battle are fun, but keep your units and formations tight

For new players to the genre, Eternal Fury can be overwhelming due to all the progression systems and modes it has, but that's not a bad thing. In fact, there's so much to do in-game that it's almost impossible to list. For starters, in the Kingdom management portion of the game, you have guild and alliance systems, castle battles, and world/seasonal events, all while building up your defenses with armies and mercenaries in the event you are attacked. The secondary gameplay layer is much more RPG-heavy and requires constant attention, with your hero needing to upgrade gear from several game modes in both PvE and PvP, resulting in a stronger leader for your armies to ensure your best chance of winning in conflict. Overall, the great thing about Eternal Fury is that the gameplay loop is unpredictable, and lets you play and progress how you want, when you want. Players can also follow the long introduction tutorial if needed, which helps puts projects into priority if you need help organizing what's important.

Games like Eternal Fury have a single caveat for being free to play, and that's its reliance on a cash store to earn revenue like most other games in this genre. How intrusive is it? The good news is, Eternal Fury offers free ways to earn Diamonds, which is the premium currency for the cash store. These are done through daily missions and arena challenges. The bad news is that the price of goods for Diamonds is exorbitant, and it's one heck of a grind. As for cash store items itself, expect plenty of pay-to-progress style boosts and even memberships which may or may not be your cup of tea.

If you enjoy browser-based strategy games but are tired of the same old formula, Eternal Fury is worth a shot because it tries and successfully fuses an ARPG portion into the mix which is arguably more fun to play. For newcomers to this genre, the gameplay and its systems may look confusing and bloated, but spending some time with the tutorial will sort you out, and there's tons of gameplay loops and hooks here to keep you invested, be it Game of Thrones style diplomacy and alliance wars, or tackling PvP arenas and world map events with your hero and armies to grow your kingdom to the top of the rankings. Ultimately, Eternal Fury is plenty of good fun for the low price of nothing.

Ready to enter the world of Eternal Fury? Click here to play now! 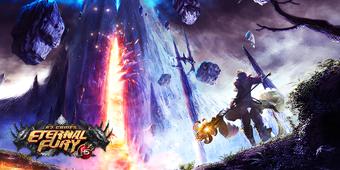 Originality
A strategy kingdom builder with ARPG mechanics? While it sounds abnormal, the mixture absolutely works for Eternal Fury.

Strategy and ARPG layers that work

Tons of systems and progression