Browser-based Hack'n'Slash RPG - An excellent hack'n'slash that brings into our browser the vast world of a wonderfully-designed game. Between quests, skills, battles rich in action, and different PvP modes, Drakensang has all the elements of an excellent MMORPG.

UPDATE: since June 2017, the game isn't easily playable via browser anymore. Only a few combinations of browsers and java versions will keep working, but everyone will still be able to play the game after downloading its client.

Drakensang Online is an excellent free hack & slash, published by BigPoint, based on a famous and popular series of role-playing games.
The game has many typical features of a MMORPG (such as skills, level-ups, crafting, etc...), with the welcome addition of a combat system based on combos and dodges, just like a typical third-person action game (anyone who knows the Diablo saga will certainly find it all very familiar).

As well as the ability to carry out the plot quest (either alone or in the company), there are also different PvP modes (including an original "Storm the fortress 6vs6") for those who prefer a competitive game.

The various available classes are well diversified from each other, and ensure a different gameplay depending on which is used, thus ensuring also a great replay value.

One of the highlights of the game is its impressive graphics, capable of displaying a great number of details in a simple web page.

Drakensang Online is really a well-done game: varied, entertaining, technically clean and able to keep the player glued to the PC for hours.

A title that should not be missing in any “free” gamer’s collection.

Drakensang is a saga that was founded in 2008 with the game Drakensang: The Dark Eye, a great RPG that has earned the attention of audiences and critics, as well as several awards.

Building on the success of the original title, BigPoint has seen fit to exploit the brand to pull out a free browser game and expand brand awareness.

Whether you are a long time fan of the series or you’ve just come across it doesn’t matter: prepare your weapons, the dragons have returned.

The first, fundamental and inevitable, step to enter the world of Drakensang Online will be the creation of your character, who will accompany us throughout the adventure.

The mere aesthetic customization of the PG is bare-bones, allowing us to change it only in negligible ways.

Far more important is the choice of class which, at the moment, allows us to play as a dragonknight, a spellweaver, a ranger or a steam mechanicus.

Each class refers to a classic archetype of the fantasy genre, without proposing anything new but by succeeding in the task of enhancing each class.

The knight is the classic fighter who prefers hand-to-hand weapons and close range, strong and durable, relying entirely on brute force.

The weaver is designed to have a short life in close-range clashes but, at long range, becomes a powerful character, capable of bending the elemental forces and casting mental spells on enemies.

The ranger is quite a versatile class, not particularly resistant, but can be effective both at long range, thanks to the use of bow and arrows, and at close range.

The last class to be introduced, the mechanicus, made up exclusively of dwarves, makes the use of technology his forte; the mechanicus are extremely powerful at mid-distance, boasting an arsenal of weapons that would shame an entire assault team. 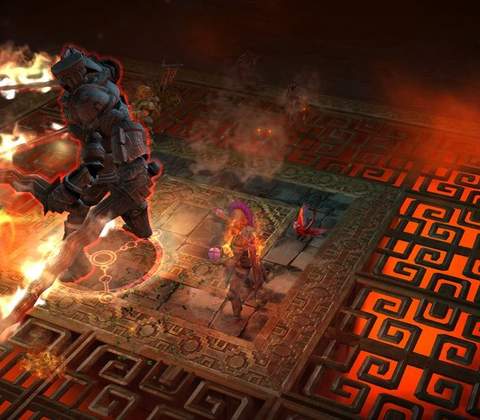 Drakensang Online is a full-blown Hack'n'Slash, which is a role-playing game with an isometric view, in which much importance is given to the action and the fighting, taking place in real time.

Our task is to undertake and complete the quests that are assigned, cutting down everything we encounter on our way.

The game is divided into several areas, each of them suitable for characters of different levels.

The battles themselves represent the biggest piece of the game, since, for better or for worse, they will form the majority of the time spent playing.

They are based on a system of skills: we have to point and click on an enemy to see our character hit them with the selected attack or skill.

During breaks from the fighting, we do everything that we’re used to in a traditional MMORPG: choose the skills to be strengthened when we level up, craft new items to equip, interact with other players and NPCs, deliver quests, etc...

When the solo experience is not enough.

Before we get started, if you aim to reach the summit of the most powerful players, the road is quite long (especially if you don’t intend to dip into your wallet), dotted with endless stops and the genocide of obscene monsters.

In any case, the sense of progression within the game is tangible and quite satisfactory.

At the start you will feel almost invincible, since you'll find you can sweep away dozens and dozens of opponents and various monsters in an instant.

Rather different is the situation when you're in the later stages of the game, maybe intent to finish off a dungeon.

In these situations, you not only have to be aware of your own character, knowing its abilities, strengths and weaknesses, but you'll also need a well-organized and capable party, since, from a certain point onward, life for lone wolves becomes rather hard ...

The game has three bars we can fill to upgrade ourselves: experience, wisdom, and fame.

Each bar relates to a given aspect of our character; getting points in the experience bar will improve our attacks and offensive abilities.

The wisdom bar allows us to perform various skills that aren’t directly related to combat (like the ability to teleport), while fame will give us access to several enhancements related to PvP.

PvP modes to suit all tastes

PvP lovers will definitely find something to sink their teeth into in Drakensang, thanks to the presence of five different modes:

Playing PvP gives you experience points, so those who do not like PvE can easily devote themselves to playing against other players.

PvP lovers will definitely find something to sink their teeth into in Drakensong, thanks to the presence of five different modes.

They call it “optimization” 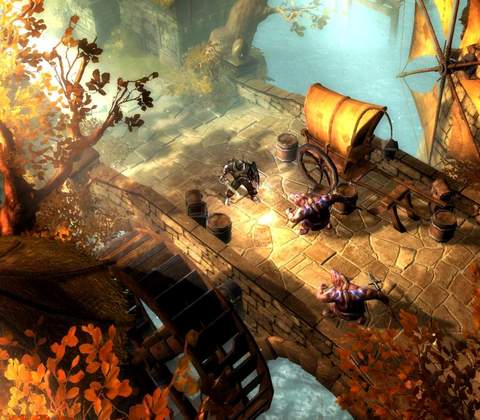 Despite the browser nature of the title, Drakensang Online presents plenty of picturesque scenery.

Regarding the technical aspects, we should start by saying that the game can be enjoyed in two different modes: client and browser.

Given that, in visual terms, little changed between the two versions (other than the ability to play without the Java plug-in for browsers), the work done by the guys at BigPoint definitely deserves applause.

The continuous updates to the game have allowed (and still allow) Drakensang Online to stay up to date and deal with far more renowned retail games... certainly a noteworthy achievement when we consider not only the free2play nature of the title, but also its accessibility as a browser game.

Environments, characters and animation elements are meticulously maintained to the point that, on several occasions, we forgot that we were playing in our browser window.

The sound is good, with average effects and music that is appropriate but a little indistinguishable.

Drakensang Online is a game of two halves: this does not mean that the BigPoint title is missing any features or characteristics, but rather, that it strikes a balance between a "simple" browser game and a downloadable MMORPG.

Of course, it was born in the browser and technically it’s a true browser game, but what it offers really is more than the competition.
It’s not (only) a matter of content or mechanics. It's also the graphics, truly commendable, the general gameplay and the multiple PvP modes available...
We feel we can strongly recommend Drakensang Online. It's free; if it’s going badly you can just click on the red "X" in the upper right corner of the screen.

Ready to enter the world of Drakensang Online? Click here to play now! 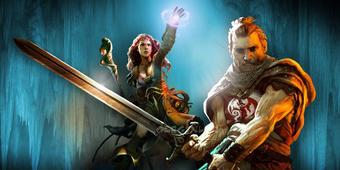 Originality
A browser game which parallels the quality of some large downloadable games.

A hack'n'slash done well in the comfort of a browser

Lots of action and a vast gaming world

At high levels solo players will have a tough time...